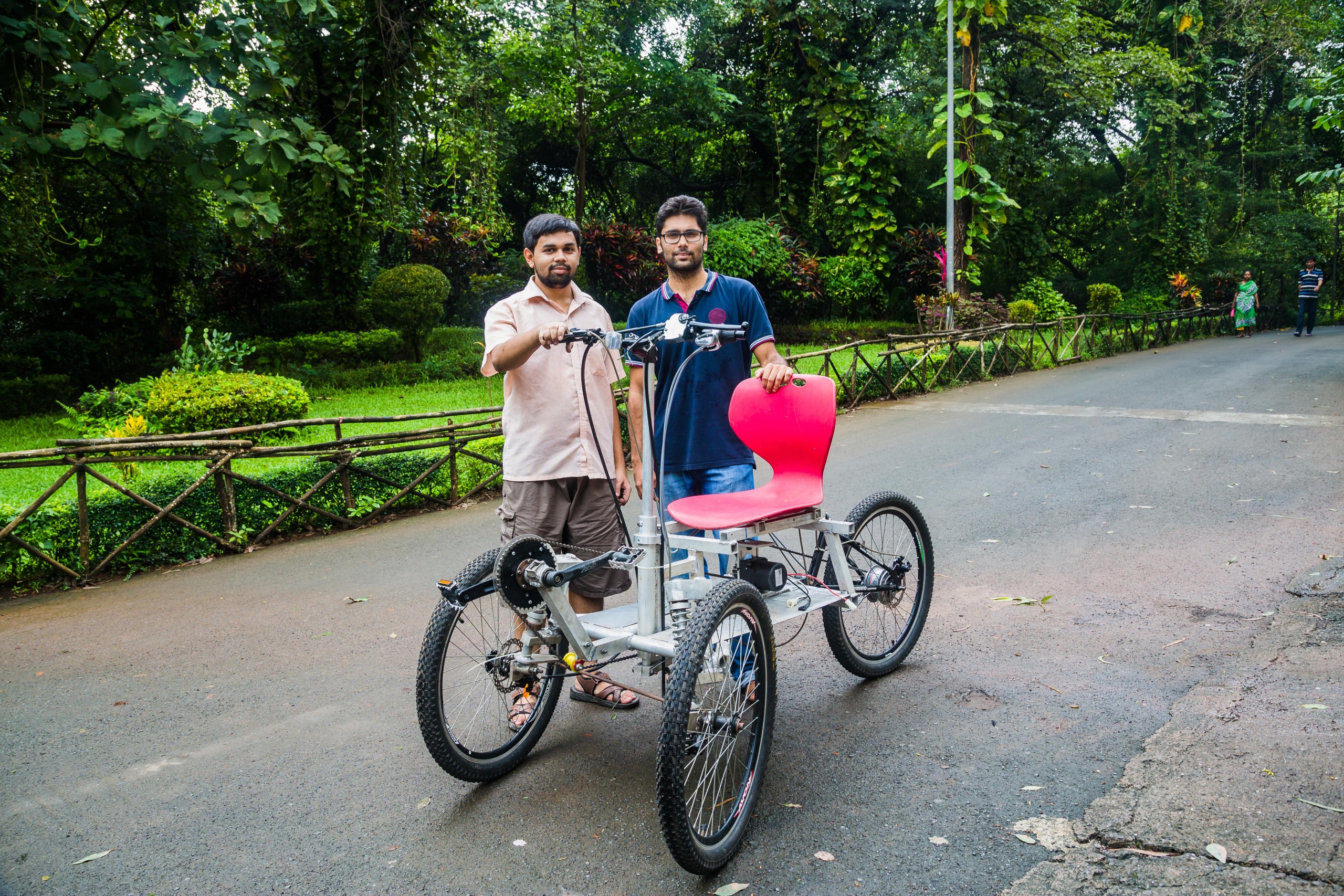 City roads in India have become unusable during rush hours due to the rapid increase of car users, proliferation of low occupancy vehicles and lack of usable mass transit system. This causes unhealthy air quality due to emission from vehicles mostly operated using hydrocarbon-based fuels, and forces commuters to breathe the polluted air for increasing durations due to daily traffic jams. Commuters who would prefer to use mass transit for financial and other reasons are faced with a series of problems. Most of the mass transit systems in Indian cities are limited in reach, frequency and comfort. Unless extremely fortunate, a typical commute requires complementing mass transit vehicles with other options such as bicycles, (auto)-rickshaw, walking etc. thus contributing to, and suffering from congestion and associated evils. This has led to widespread obesity and related lifestyle diseases. This project aims to develop a modular electricity-assisted human-powered mass transit system which should address at once many of the problems mentioned above.