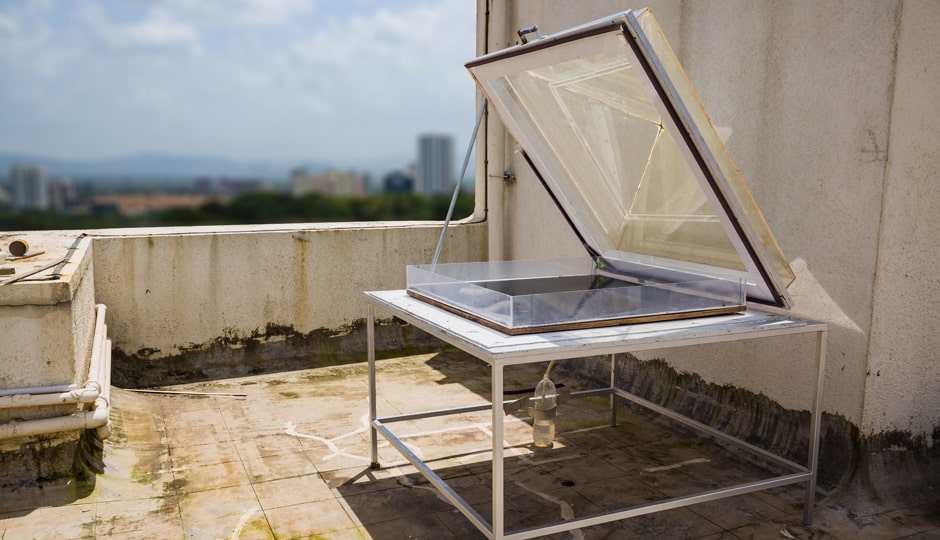 Amidst India’s growing population and an expanding economy, meeting the drinking water requirements of 700 million people residing in rural areas of India is going to be a daunting task. In addition, India’s per capita availability of water has fallen below the global threshold. With this backdrop, this project proposes a simple technique that would be able to provide safe drinking water in an efficient and cost-effective manner. The idea is to use a deliquescent salt that would absorb moisture from the ambient, preferably from late evening to early morning. During the daytime, the collected deliquescent solution is put in a specially designed compartment similar to a solar still to induce greenhouse effect. Water from deliquescent salt solution is made to evaporate due to the trapped heat from the sunlight which then condenses on the transparent (glass) surfaces because of the temperature difference inside and outside of the glass.