Skip to content
Development of a sensitive blood-based biochemical assay for diagnosis of Parkinson’s disease at the pre-motor stageTctd@1232021-10-26T11:28:16+00:00 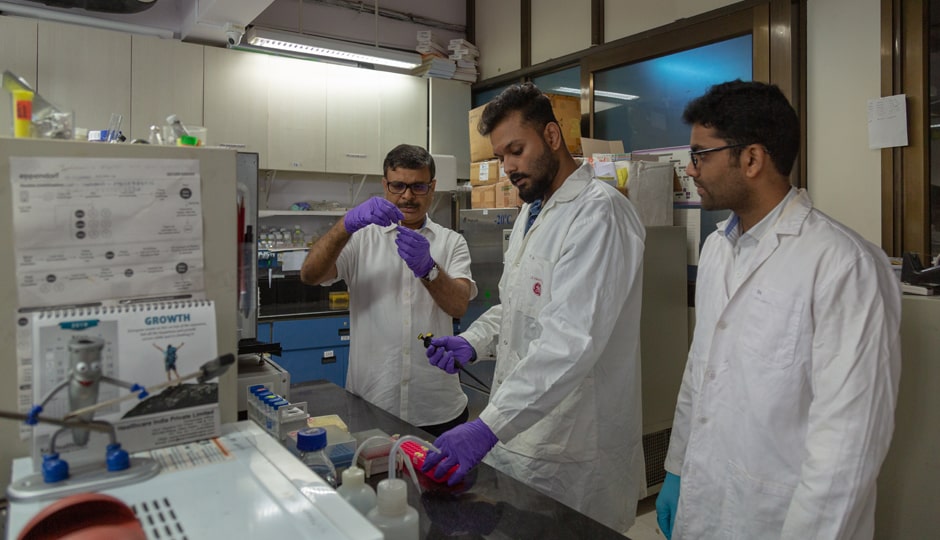 Parkinson’s disease (PD) is a common neurodegenerative disease affecting several million humans worldwide. The disease is characterized by a motor (bradykinesia, resting tremor, rigidity, and postural instability) and non-motor (sleep behavior disorder, hyposmia, rapid eye movements and depression) symptoms, which develop slowly and continue to worsen, if not treated. The major pathological hallmark of PD includes degeneration of dopaminergic neurons in substantia nigra pars compacta of the patient’s brain, which leads to the reduced level of dopamine, a neurotransmitter responsible for motor functions. It also involves the formation of Lewy body (LB) and Lewy neuritis (LN), which mostly contain aggregates of a protein, α-synuclein. Currently, the diagnosis of PD is primarily done based on the patient’s symptoms and brain imaging analysis. However, by the time these symptoms develop for correctly diagnosed PD, 70 per cent of the neurons get damaged and PD becomes irreversible. Although there is no drug available, which can completely cure the PD (rather improvement of the PD symptoms), early diagnosis of PD may provide better control of the disease. In this project, we aim to develop a sensitive biochemical blood-based assay to diagnose PD, well before the clinical manifestations. This assay would be based on detection of disease-associated protein aggregates leaked from brain into circulating blood stream. Currently, there is no sensitive technique available for detection of these very minute amounts of released protein aggregates. We target to amplify them in a test tube using technology based on the principle of polymerase chain reaction. The technique would involve the use of a novel substrate (developed in our laboratory) for amplification of these protein aggregates. The study would be helpful in defining the critical concentration range of protein aggregates present at various stages of PD. Using this highly sensitive and specific assay, we believe that a gold-standard diagnostic test would be available for PD detection at early stages.